Black Rainbow is an experimental work in real time that seeks to recreate, in an XR experience, the place that literature produces: placing the reader between a book and his mind. Inspired by the novel "We will never be rock stars", Black Rainbow combines elements of film and video games, enabling the viewer to position him or herself in the different points of view presented by the characters and narrator, as one might live the process of reading. With the helmet on, the spectator can begin transiting the consciousnesses of Antonio and Lucia, and the intermediate space of the narrator's knowledge. However, to whom does the inhabited consciousness belong and where is she or he located are part of the enigmas of this experience. Black Rainbow refers to the fragility of memory and its erratic condition based on a journey that does not respect the temporal and spatial conventions of life as we know it. In a ludic context, it raises questions about the bureaucracy of death and what comes after life.

Duration: depend on the users flows. 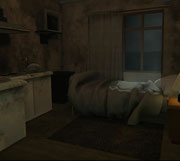 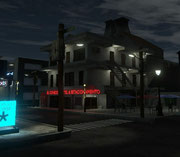 Pedro Vargas (Paris, France) is a researcher in the EVI LAB focus on virtual reality development program at Pontificie Universidad Católica, and co-founder of Utopic Studio, Edtech that develops VR tools for XR content. He has a background in visual arts and holds a Masters in Media Arts from Universidad de Chile and in Engineering in virtual reality and innovation from ENSAM, Paris Tech, France. He has received the Orange Innovation Award 2012 France, First place in the 6th Digital Art and Technology Contest tribute to Matilde Pérez, for the VR installation Illusion and Simulation, the Alberto Hurtado Journalism Award of Excellence for VR Violeta application and FONDART 2019 an art funding.

Currently his projects reflect on the intersection between art and videogames, VR / AR, and XR FILM. Focus on the relationship between art and politics has become a persistent source of new practices in the field of the symbolic, throwing new perspectives on the public activity of our societies.